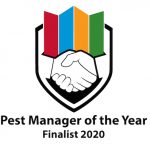 AllPro Pest Control are a local, family owned pest control company servicing Redland Bay. As we live and work in the Redlands area, we have local knowledge on the particular pest problems that tend to effect Redland Bay residents. It also allows us to get to you quickly in case of a “pest emergency”!

AllPro Pest Control are fully licensed and insured to provide a full range of pest control and termite services including:

Most homeowners have a general pest treatment once a year to maintain a pest free home. However, if you have a specific pest problem a specialist pest control treatment may be required to get on top of the problem. Combining a pest treatment with an annual termite inspection is a great way to save money and keep your family, pets and house safe.

The 3 key pests affecting homeowners in Redland Bay are

During winter rats and mice may become more of a problem as them move inside for warm and shelter.

With the sub-tropical climate, termites love the warm weather and humidity in the Redland Bay area. The surround bush areas means there are plenty of termites to move into the residential areas, so it’s essential for homeowners to have annual termite inspections.

In Redland Bay there are a wide range of pest ants that cause problems both inside and outside the home. Black ants are often a problem indoors whereas outside coastal brown ants often make a mess of pavers. Green-head ants (bites) and funnel ants (soil funnels) both cause issues in lawns. A specialist ant treatment from AllPro Pest Control will provide lasting protection.

Redland Bay residents suffer problems with mosquitoes and biting midges. Our specialist mosquito treatments should be good to keep mosquitoes at bay for up to 3 months, so you can actually enjoy your outdoor areas! (It works to supress biting midge numbers as well).

Termites are active all year round in Redland Bay. The surrounding bush areas means there are always plenty of new termite queens looking to find a new place to build a nest – keep your eyes open for termite swarms (mating flights) on warm evenings in spring and summer.

Annual termite inspections are a must and it is highly recommended that homeowners should have a termite management system installed around their property to protect their home from termite attack.

Redland Bay is a residential suburb on Moreton Bay. The Redland Bay marina provides access to a number of the Moreton Bay Islands. It gets its name from the red volcanic soil. Redland Bay was originally a heavily forested area but was cleared by early European settlers in the 1860s to allow for farming in the rich soils.  From 1953 to 1971, Redland Bay was the Qantas flying boat base. Despite having a population of around 15,000 Redland Bay only has a primary school, with the nearest secondary school in Victoria Point.

Redland has a typical sub-tropical climate with wet summers and warm winters, which provides pests with ideal breeding conditions. With the substantial bush areas, termites are a particularly problem and being close to the coastal areas, mosquitoes are also a problem as saltwater mosquito are capable of flying several kilometres inland.

Homeowners and business owners in Redland Bay need regular pest treatments to keep pest numbers down, but annual termite inspections and termite management systems to prevent termite attacks are a must for homeowners.